7 Reasons to Visit and Photograph Porto

7 Reasons to Visit and Photograph Porto

Of course, there can’t be only 7 reasons to visit and photograph Porto. There are so many and so good reasons that it was not possible here and now to list them all. It is, therefore, that we suggest “only” these 7 that already justify a visit that is a delight not only for photographers as for all people. But (even here there’s a “but”), you may like it so much that you risk being in the mood to come here to live. It would not be the first !!!

1 – The People
Portugal has long been recognized as a country that enjoys receiving visitors, but Porto, even more! The writer Manuel de Sousa in his book Porto D’Honra said: “… the strong neighborhood and the unserpassed hospitality.” Photographing Porto’s people are portraits for life.

Born in lands of Spain, it enters in Portugal through the province of Trás-os-Montes and leaves its mark on the way to the mouth of the Atlantic Ocean. He brings with him many stories of achievements and it is to looking at him that Porto was born and lives every day. It is on the banks of the Douro that extends the most characteristic and the most beautiful area of Porto, the Ribeira. Photographing the Douro River is a stream of inspiration.

There are six bridges that cross the Douro River and connect the banks of the two neighboring cities, Porto and Gaia.

Starting at the oldest, the D. Maria Pia railway bridge, designed by Eng. Gustave Eiffel (the same of the Paris tower), inaugurated in 1877, now deactivated and replaced by the S. João bridge in 1991, passing through the modern bridges of Freixo and Infante, by the fantastic and imposing bridge of the Arrábida and ending in the iconic and singular bridge Luis I with its double-deck metal arch. It is a feast for any photographer whose most difficult task is to have the courage to stop taking pictures.

There are buildings whose architecture crosses much of the city history, from the Tower of Rua do Baixo of the thirteenth century, in Ribeira, passing through the innumerable projects by the Italian architect Nicolau Nasoni, the most emblematic without a doubt the Church and Tower of Clérigos, the S. João National Theater built at the beginning of the 20th century and designed by the Portuguese architect Marques da Silva, to the modernist House of Music, designed by the Dutch architect Rem Koolhaas, as part of the European Capital of Culture event in 2001, and the headquarters of Vodafone, designed by the architects José António Barbosa and Pedro Guimarães, in the top 20 of the most spectacular creative offices in the world, is a journey that enchants and unveils the rich history. Making a photographic itinerary with architectural motifs is for it self a great story.

5 – Parks and Gardens
The “Parque da Cidade”, Portugal’s largest urban park, stretches out to the sea and consists of a sophisticated landscape of lakes, varied flora and fauna, the Palacio de Cristal gardens with multiple viewpoints of the city and river, the magnificent gardens of the House and Museum of Serralves, the romantic gardens of Cordoaria and Botânico, and many others that can not be listed here. They are all pearls to be photographed. 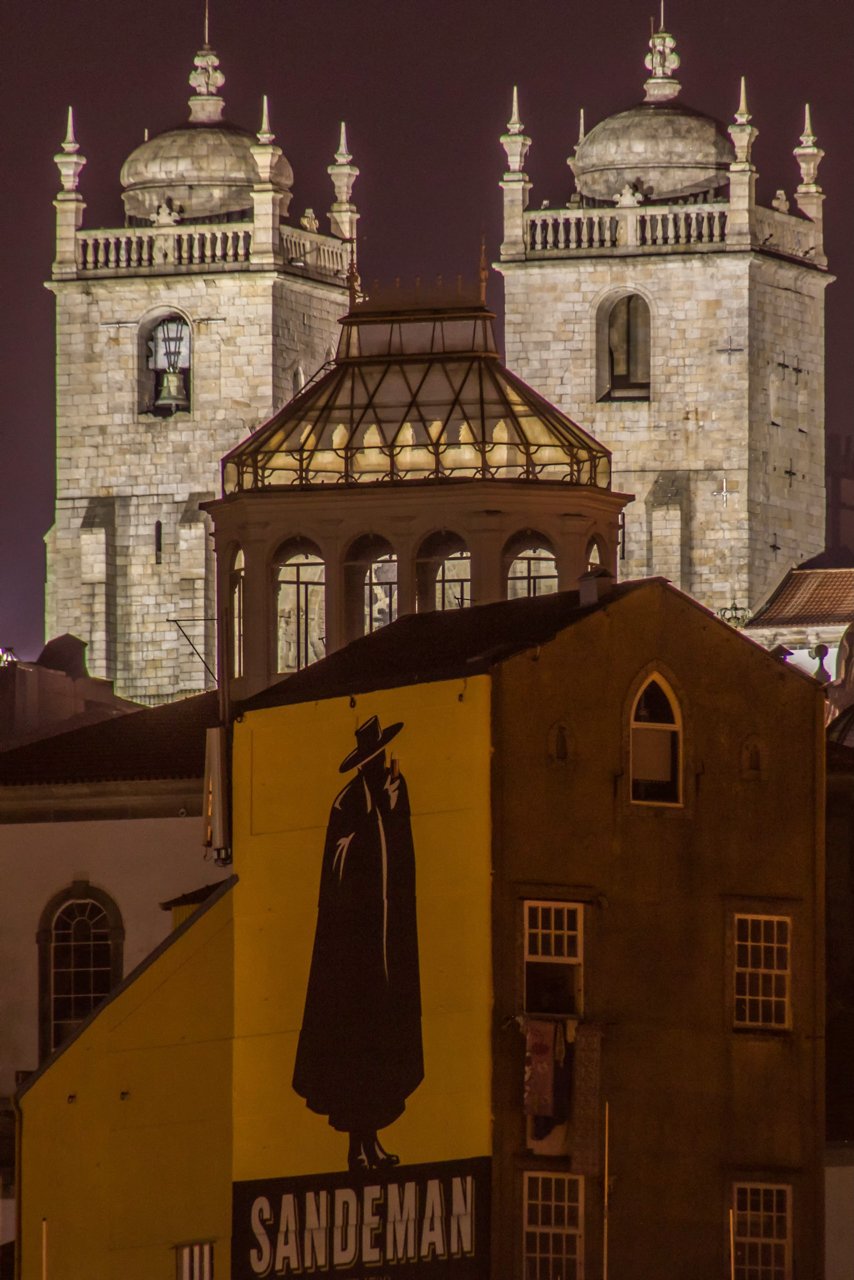 This city of Porto is also rich in monuments such as the ex-libris Torre dos Clérigos with its 75 meters of height that we can rise by its 240 steps and where you can see splendorous views of the city, the several stretches of medieval walls where there are still some of the old city gates, the imposing cathedral that dominates the city, the luxuriant S. Francisco church, the magnificent church of S. Clara, the almost unknown but fantastic church and museum of S. Pedro de Miragaia, the Palace of the Stock Exchange with its miraculous Arabic Salon, S. Bento Railway Station with its interior covered with more than 20.000 magnificent tiles that depict important episodes of Portugal’s history as well, excerpts from the 19th Century life in Portugal, and so many others that only a leisurely visit to the city will allow to know. Any of them is an attraction for any photographer who wants to add his story to the Porto´s history.

It is for many people, the most beautiful city in Europe and one of the most wonderful in the world. One of the reasons that contribute to this conviction has to do with its multiple viewpoints of the city. From the Serra do Pilar, on the south bank already in Gaia city, the perspective that is enjoyed there is splendorous, perhaps one of the most impressive images about a city that can be had. From the Vitória viewpoint you can see the all historical center, the Luis I bridge and the Serra do Pilar, and from the Virtudes Promenade, the sunset over the sea is unforgettable. And they are just some of the many who wait for you there. You may say that the beauty is so great that the cameras do not need the photographer.